COGEM advices the Dutch Government on the classification of fungi with respect to the required containment measures for organisms that are genetically modified. To do so properly, information on the inherent pathogenicity of fungal species is necessary.

COGEM commissioned a review of the scientific literature to determine the pathogenicity of these fungi towards plants, fungi, arthropods and nematodes. This report constituted an excellent scientific basis for COGEM to classify the 13 species of fungi. 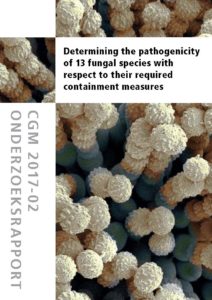